What Does A Chimney Damper Do and Why Do I Need One?

Why Your Chimney Damper Is Important

The chimney damper is an essential fireplace component that regulates airflow in the flue. It is typically installed in the chimney’s throat just above the firebox. The damper, which is usually comprised of iron or steel, acts like a window letting air in the flue when it’s open and preventing indoor air from escaping when shut.  It also adds a layer of protection to your fireplace, preventing moisture and debris from damaging the firebox. After the fire burns out, the damper prevents the heated indoor air from escaping through the chimney. Without an operational chimney damper, the cold outside air will keep your home drafty and allow most of the heat generated in the fireplace to escape up the chimney increasing energy costs. During the rest of the year, when you’re not using the fireplace, the damper’s airtight seal helps reduce energy costs by preventing air loss.  When the damper isn’t shut completely, you will notice an increase in energy bills because you’re heating and air conditioning are working harder to maintain the desired indoor temperature.

When you’re using the fireplace to keep your home warm in the winter, an open damper will supply the fireplace with oxygen to start and maintain a fire. It also allows the exhaust in the fireplace to vent up the flue and out the chimney instead of backing up into your living space. If the damper is damaged or doesn’t open properly, it may be difficult to light a fire, and it may burn out very quickly. It can also create more smoke and creosote, reducing indoor air quality while increasing the risk of fire and exposure to carbon monoxide poisoning.  Even if you’re not using the fireplace or chimney, an operational damper is still a necessity. It helps prevent downdrafts that can push ash, creosote, and other debris in the flue out of the fireplace and into your living space. Consider a top-sealing damper. Many homeowners are installing top-sealing dampers to maximize energy efficiency. It is installed at the top of the chimney preventing air, moisture, small animals, and debris from getting inside the chimney shaft. It also does a better job stopping downdrafts.

A chimney damper is a crucial fireplace component. Annual chimney check-ups and routine cleaning will prolong its useful life, increasing the safety and efficiency of your fireplace. The damper should be easy to open and close. If the damper is not functioning correctly or you are noticing an increase in energy bills, schedule a chimney inspection with a Certified Chimney Sweep. 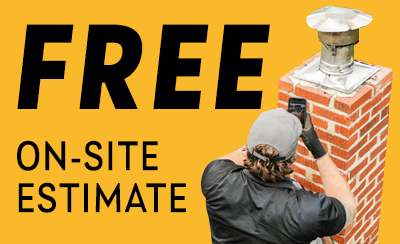